As you set out to learn more about cannabidiol (CBD) and its properties, it’s not uncommon to find yourself confused over many of the terms related to the compound. Often times, people have a challenging time understanding how cannabidiol differs from cannabinoids, two commonly used terms that share spelling similarities and are often used interchangeably.

To begin, it’s helpful if you understand that cannabidiol (CBD) is a type of cannabinoid. In fact, it’s one of more than 100 cannabinoids found throughout the stalks, seeds, and flowers of cannabis plants like hemp. From there, let’s dive in a bit deeper to better understand how these two terms differ. 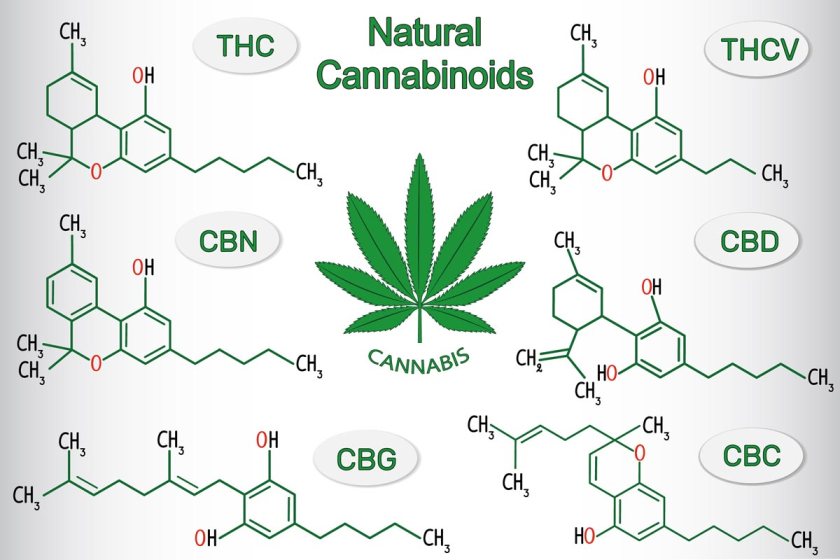 Cannabinoids are active chemical compounds found naturally in the seeds, stalk and flowers of cannabis plants. Phytocannabinoids, a term used to describe cannabinoids derived from plants, are able to interact with our body’s natural systems because their makeups and behaviors mimic endocannabinoids, which are cannabinoids that are synthesized on demand by our own bodies.

Our bodies are set up to interact with cannabinoids. Both phytocannabinoids and endocannabinoids join with or influence cannabinoid receptors throughout the body to alter the release of neurotransmitters and encourage balance in our systems. Cannabinoids are largely responsible for the natural effects that cannabis oils, such as CBD Hemp oil, have on the body.

Scientists have so far identified over 100 phytocannabinoids found in cannabis plants like hemp. The two most abundant cannabinoids include cannabidiol (CBD) and tetrahydrocannabinol (THC).

The cannabinoid composition of a cannabis plant is wide ranging and varies by strain. Some are higher in CBD and others contain more THC. Hemp is naturally higher in CBD and contains only trace amounts of THC. 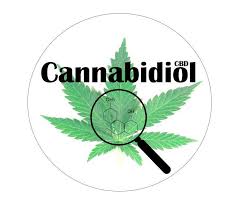 Cannabidiol, also known as CBD, is among the most abundant of all the cannabinoids. It’s found in all varieties of cannabis, but dominates the makeup of hemp plants.

Thousands of scientific studies suggest that cannabidiol may hold a wide array of potential benefits. CBD has been shown in a patent by the U.S. National Institutes of Health to possess significant and antioxidant and neuroprotective properties, suggesting that it could be beneficial for treating neurological disorders like Alzheimer’s disease or multiple sclerosis. Several studies have found CBD to be effective for reducing, and in some cases eliminating, seizure activity. *

Studies have shown that cannabidiol is a non-psychoactive cannabinoid, unlike THC. Therefore, consuming CBD won’t ever cause a high or temporarily inhibit cognitive functions. This makes CBD an appealing option for children or anyone looking to incorporate the balancing effects of cannabinoids without having to experience the fuzziness of a high.

CBD Hemp Oil is made from hemp that is naturally high in CBD and low in THC. Because hemp contains only trace amounts of the cannabinoid THC, hemp oil products are non-psychoactive.

Can CBD Hemp Oil Help You?
Due to federal regulations, no claims can be made about any specific ailments that may be alleviated or cured with the use of CBD Hemp Oil. However, you can do your own research with the product and see if it helps you.
*These statements have not been evaluated by the Food and Drug Administration. This product/products are not intended to diagnose, treat, cure or prevent any disease. 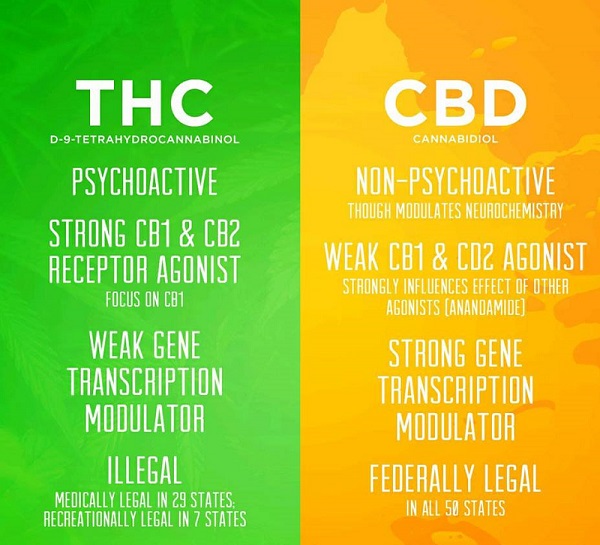 As you dig in and learn more about medical marijuana, CBD hemp oil, and more, one of the common questions that come up is “what exactly is the difference between hemp and marijuana?”

Beyond cannabis slang, legal interpretation, and practical use of the plant, the fact of the matter is that few genetic differences exist between hemp and marijuana plants, but in practical terms, the differences are quite significant.

In practical use, “hemp” is the term used to describe the food and fiber variety of the cannabis plant, and “marijuana” is cannabis that’s grown to enhance the chemicals that make you feel high or stoned.

Cannabis has both male and female plants. When growing marijuana, male plants are removed and only female plants are cultivated. This is because when cannabis is fertilized, it lowers the concentration of THC–the main chemical that gets you high. Thanks to selective breeding over many years, ideal concentrations of THC in marijuana range from 10% to as much as 30%. This will be important to remember in a moment when we compare marijuana to hemp.

Marijuana is usually grown indoors so that conditions can be monitored very closely. Marijuana is encouraged to become short and bushy and grow lots of flowers. That’s because THC is concentrated mostly in the trichomes — little resin-filled glands — on the flowers of the plant. Although you can find THC throughout cannabis, it is the flowers or “buds” that are harvested for recreational marijuana.

Hemp, on the other hand, is as close as you can get to how cannabis grows naturally. Hemp is grown all over the world for food, oil, and fiber — so, the whole plant can be used, not just the flowers. With the hemp type of cannabis, male and female plants are sown very closely together, allowing for easy wind pollination and easily crowding out weeds. This results in very tall, hardy plants with less branching that look very different from the short, bushy marijuana plants.

Another key difference between hemp and marijuana is that hemp naturally has almost no THC. Its flowers must contain just 0.3% THC — which is 33 times less than the least potent marijuana. Meaning, it’s impossible to get high from hemp, although many people have tried!

Hemp also has more CBD than THC naturally, making it an ideal source of CBD from cannabis and one of the reasons why hemp oil is the preferred source of natural CBD for thousands of people. 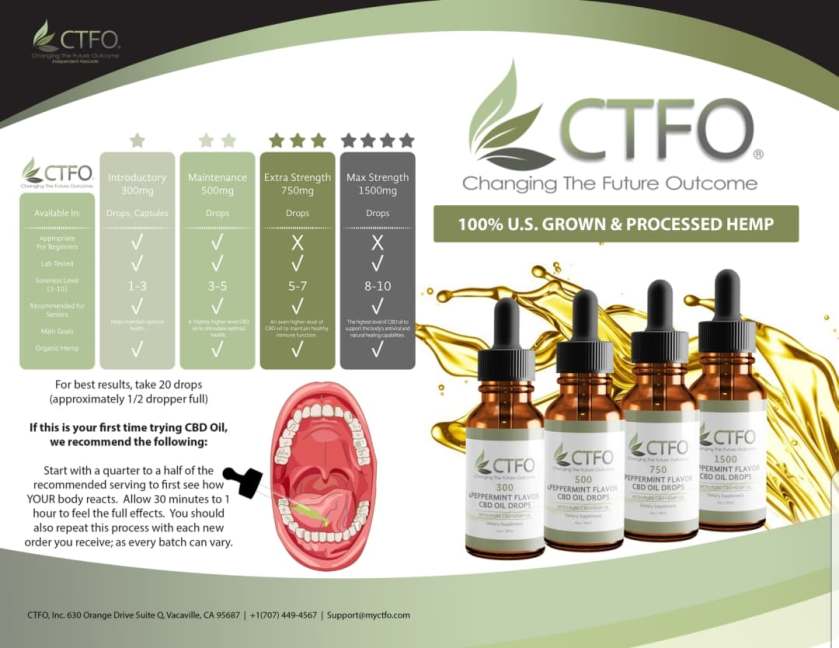 Why would someone buy an isolate over a full-spectrum CBD Hemp Oil? This article is very supportive that both of these are beneficial.

Before we directly compare the two, let’s break down what each is. Full spectrum CBD oil comes with all the cannabinoids present in hemp. If you see full spectrum hemp CBD oil for sale, it’ll include many cannabis compounds such as Cannabicycol (CBL), Tetrahydrocannabivarin (THCV), Cannabinol (CBN), Cannabichromevarinic Acid (CBCVA) and more. It also contains a very small amount of THC.

In isolate form, CBD is separated from other cannabinoids found in hemp and cannabis. Previously, users and researchers believed that CBD isolates were more potent than full spectrum CBD hemp edibles. But that myth was eventually proven wrong by different studies performed in recent years.

With the variety of CBD concentrations and other compounds that hemp offers, full spectrum CBD products can cover all ground. If we were to directly compare the two, scientists point out that full spectrum CBD works with the endocannabinoid system entirely. Isolate products are 99.9% CBD, and will deliver the most amount of CBD to your system at once.

According to a study done at the Lautenberg Center for General Tumor Immunology in Jerusalem, the effectiveness of isolated CBD versus full-spectrum CBD extract concluded that CBD isolate yields a “bell-curve” of effectiveness. Studies proved that the isolate becomes less effective over time, while full-spectrum CBD continued to be effective in providing pain relief.

This same study proved that a CBD isolate is only as effective as its dose, while full-spectrum CBD continues to provide relief as the dosage increases. Full-spectrum CBD extract has qualities that can aid in pain and inflammation relief that isn’t found in over-the-counter, common anti-inflammatory drugs.

Ultimately, preference is subjective to the user’s condition and system.

CTFO offers both types of CBD Oil along with many other wonderful Hemp Products.    http://goldylocks.myctfocbd.com/cbdcatalog.html#products-cbd-health

Contact me Today for more information in Buying or even Selling this high quality CBD Hemp Oil and Products. 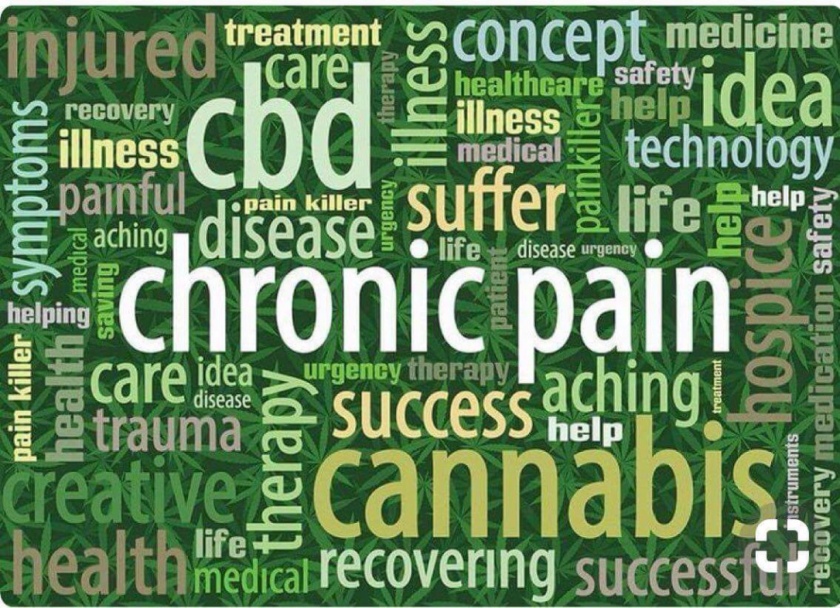 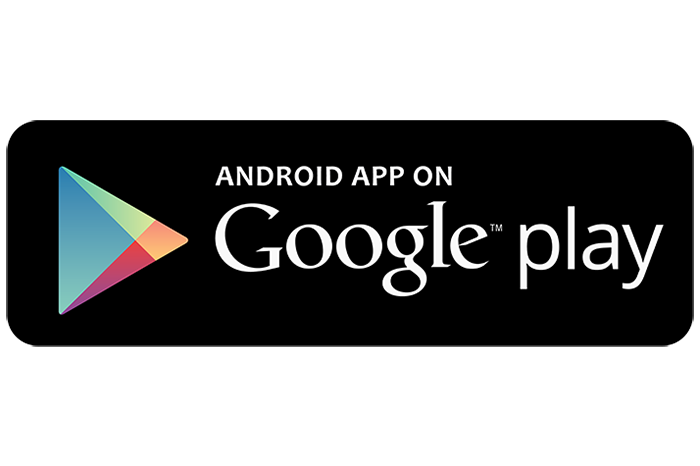 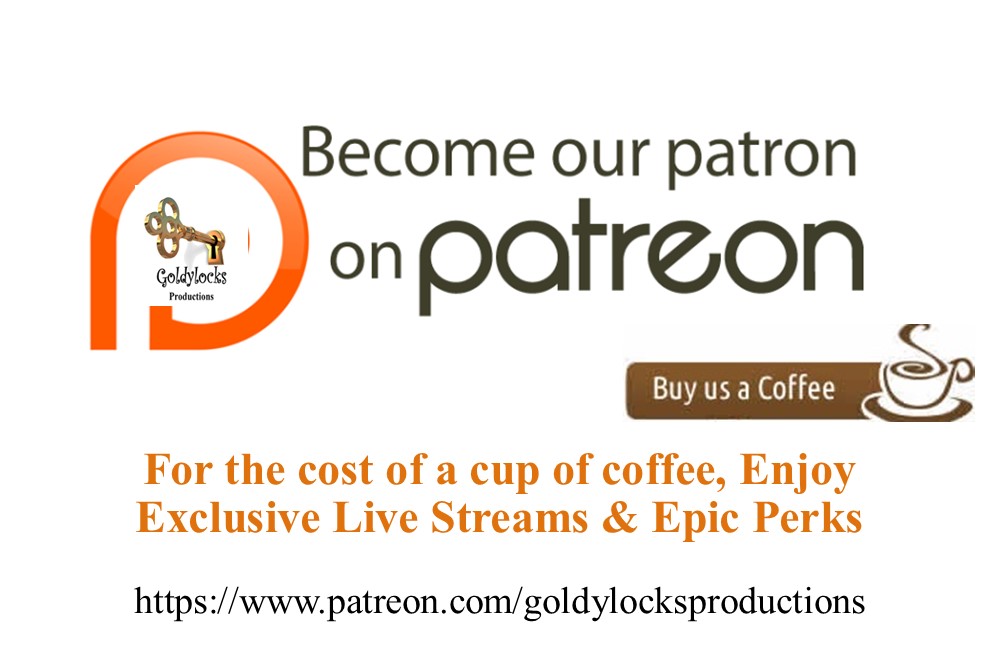 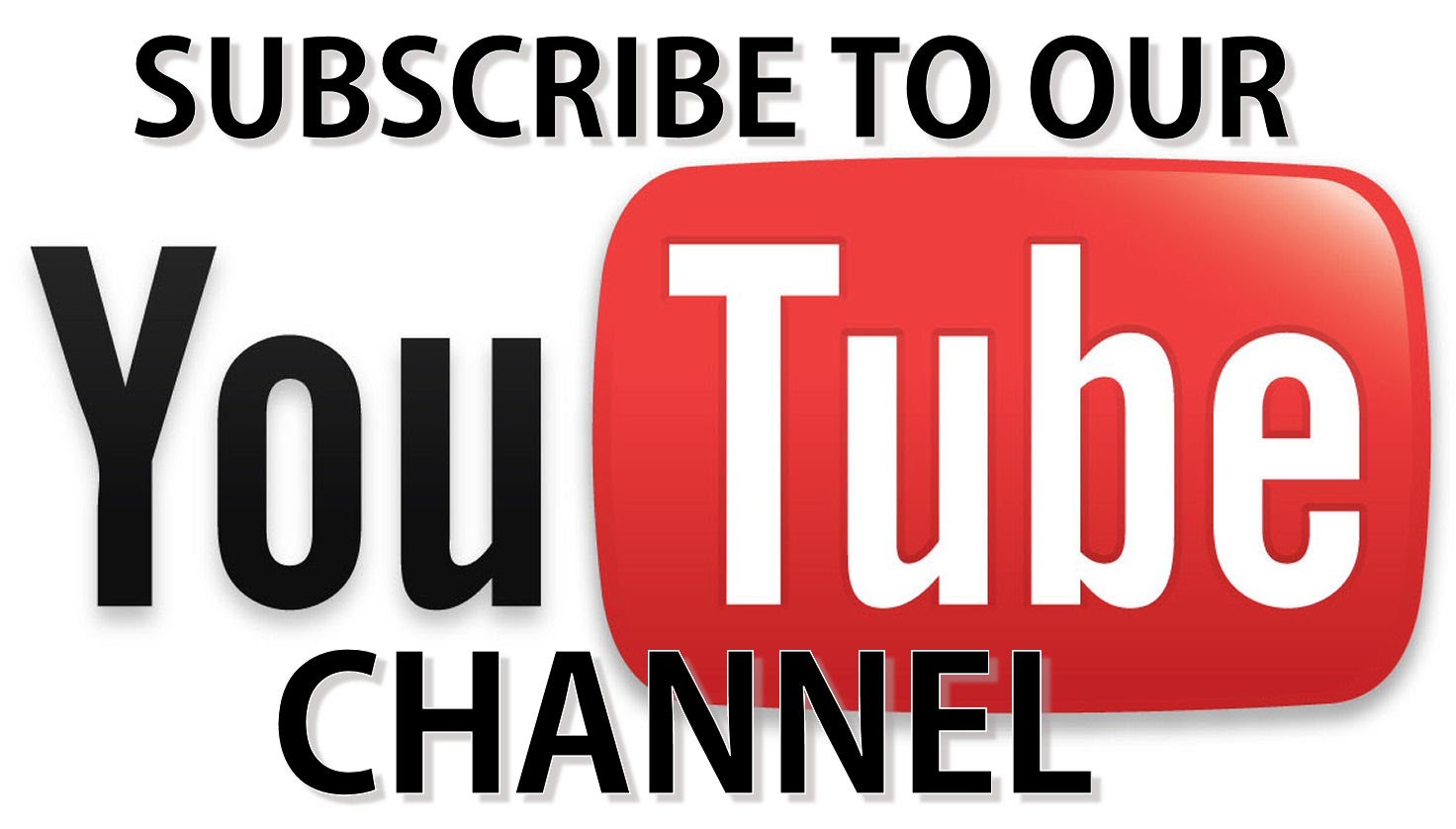 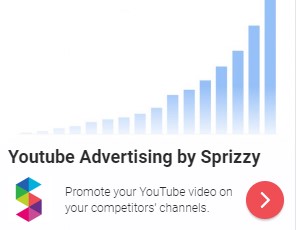 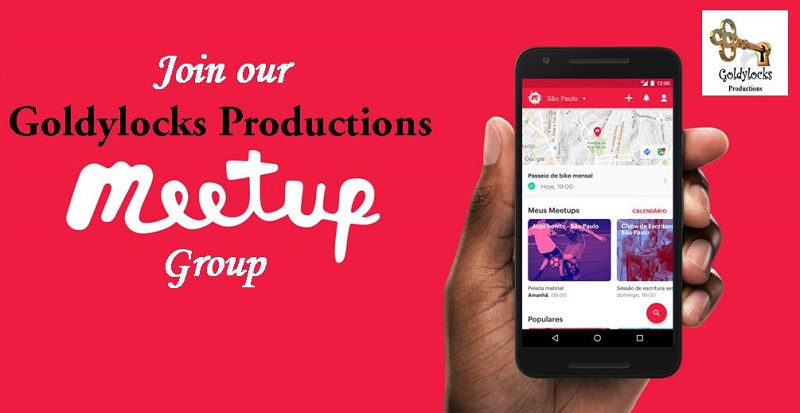 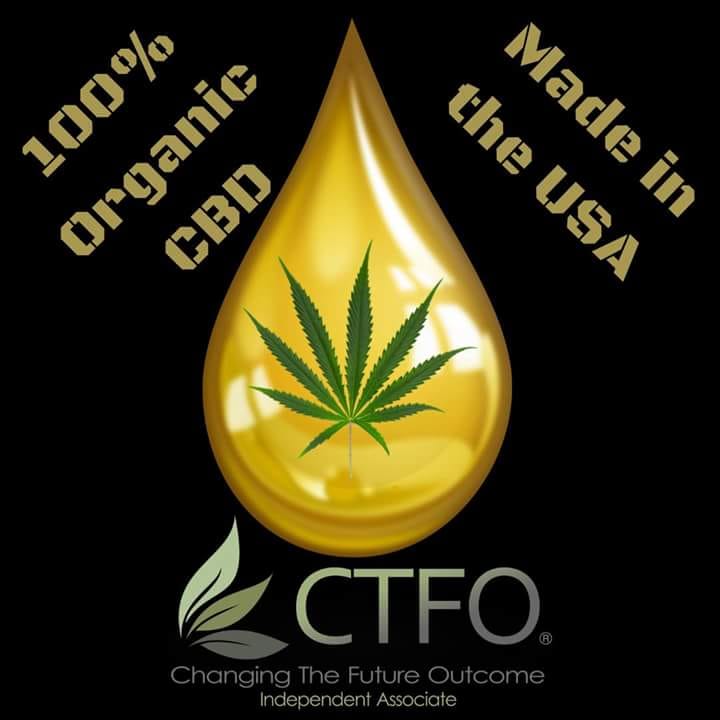 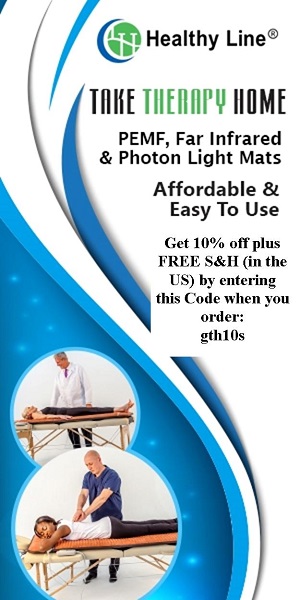 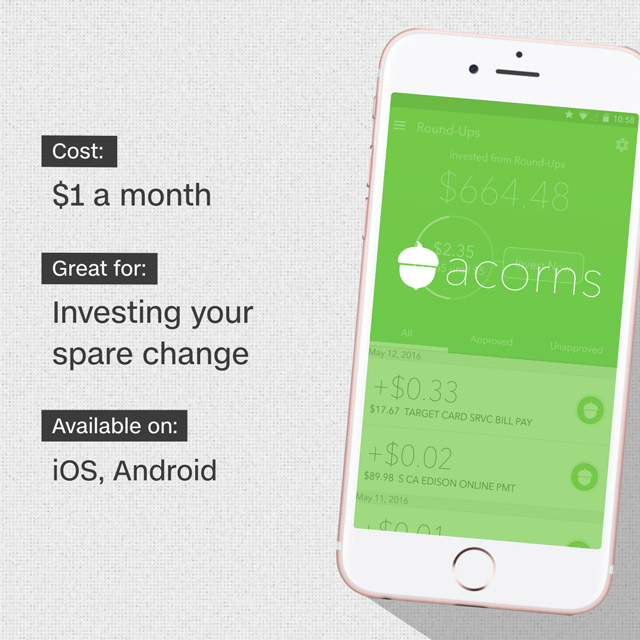